The night started out clear and quiet with the Milky Way shining brightly to the south. Then one by one the stars began to disappear, first to the north, then to the west. Flashes of light soon caught my attention, each one closer than the last. Even though I was trying to go to sleep, I could ignore the storm no longer. I went to the opposite side of the 400' high rock formation called Boar's Tusk, where I was camping. The long-dormant remnant of a volcano now came alive with a different kind of rumble. Focusing and exposure were tricky in the pitch black, but eventually I caught this double lightning strike. I felt lucky to witness rain in the Red Desert because under 10 inches falls here annually, with even less in a drought year. The parched ground absorbed the water and released the smell of petrichor. In Southwest Wyoming the Continental Divide splits to form the Great Divide Basin. So the little rain that does fall here never makes it to the ocean and mostly evaporates. 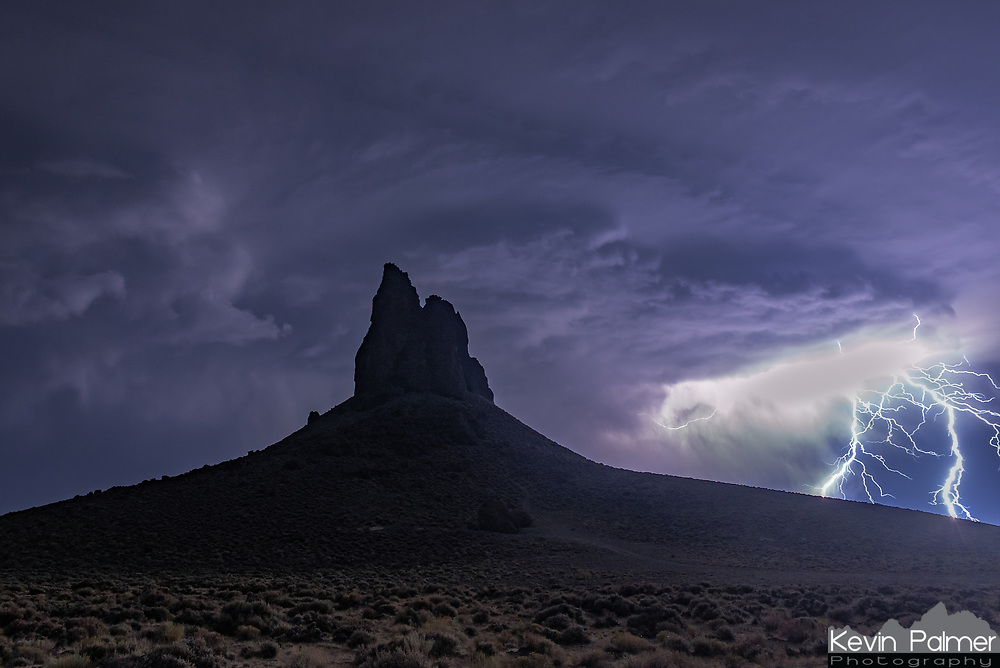